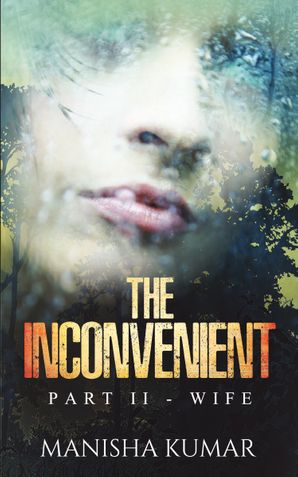 Sneha is a doctor with a bright future. She wants more for her life than a traditional Indian woman, but at the same time she wants to please her father, Raj, who is keen that she will one day be happily married.

When Raj’s friend, Sumit, suggests that his son Rohan would be the perfect husband for Sneha, Raj agrees.

But Rohan is also a modern Indian man, with a steady girlfriend, Stella, and he is initially opposed to the idea.

Eventually, he bows to the pressure and agrees to the union and he and Sneha are married. But thoughts of Stella are never far from his mind and Sneha is very much an ‘inconvenient wife.’

As Sneha slowly begins to think that Rohan doesn’t love her at all, she must come to a decision of huge importance. You cannot choose whom you fall in love, but can Sneha and Rohan still find happiness?

Manisha Kumar grew up in Jaipur, Rajasthan. She did her schooling from MGD Girls Public School, Jaipur followed by graduation and post graduation from Rajasthan University. After marriage, she came all the way from Jaipur to Jamshedpur, an industrial town. Mother of two kids, she barely found time for herself within the first 10 years of marriage. However, with years rolling by she found more time at hand and started to pursue writing full time. When she is not writing, she is either playing golf or cooking her favorite recipes!

Be the first one to write a review for the book The Inconvenient - Part II.

JOURNEY TO THE ALTAR
ADHITI ARAVIND