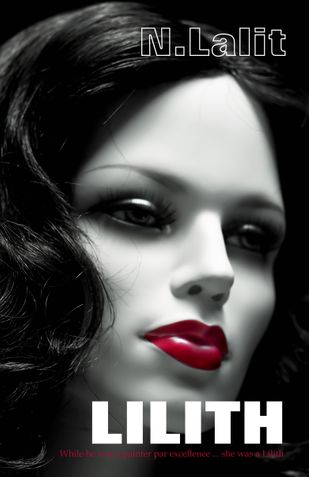 Debasis Sahu is a painter par excellence, a prodigy, who arrives in Mumbai to fulfill his goal. Here, he encounters the true personality of the bustling city and its people when his only contact and friend, Krishna, is unable to help him.

All alone, in a metropolis notorious for its exorbitant room charges, he spends several nights with a prostitute in Kamathipura, to conserve his finances, a trick he learns on his very first day while having tea in a small eatery, Ram Bharose.

After several weeks, he runs out of money. His visits to the prostitute with whom he keeps a safe distance ends abruptly. He turns into a roadside bum. It is at this point in time he meets Sheetal Sanghvi, a beautiful but ruthless art dealer. A woman who lusted after men and money.

Debasis falls in love with her in their very first encounter. Sheetal too rejoices at her discovery. However, Debasis’s limp puts her off. She labels him as an “incomplete artist”, a cripple.

N.Lalit, raised in Mumbai, India, is an engineering graduate. He started his writing career by authoring innumerable technical papers. Later, he began writing poems and flash fiction which evolved into full fledged romance novels of various sub-genres such as thriller, drama, mystery and comedy.

Lalit also writes on freelance basis and enjoys the challenges of creativity. He has written over a dozen short stories and film scripts, and his articles have appeared on several popular websites. Currently, he is busy writing the sequel to Koffee with Kiran.

Lalit loves receiving mails from readers and fans. They are more than welcome to contact him through his website. http://aawaaz.in

Be the first one to write a review for the book Lilith.

Just Another Day at the Office
L. Moone