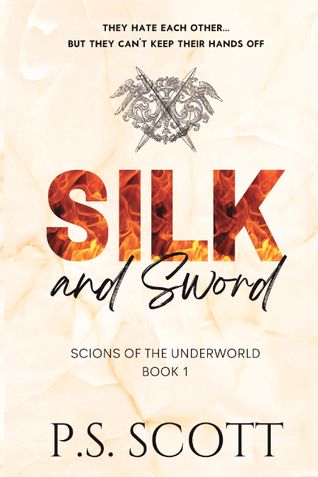 When Lieutenant General Petronilla meets Acelina, the proprietress of Duality, it is hate at first sight. Forced into prostitution at a young age, Petronilla has rebuilt her life to become one of the highest-ranking army officials in Inferno. She detests everything the pleasure house owner stands for and doesn’t bother to hide it. Forced to spend a night together because of a bet, Petronilla realizes her feelings run deeper than she realized…

Acelina has no idea why Petronilla hates her so much. Only that the hate is mutual. The Lieutenant General never misses a chance to criticize her, and if it weren’t for her VIP customer, General Darius, she would never tolerate Petronilla. But when a secret mission forces them to live together, Acelina takes the opportunity to exact revenge.

As they get to know each other, it becomes harder to deny the attraction that burns between them. What begins as a battle of wills, turns into an undeniable passion, growing into all-consuming love that will stop at nothing.

P.S. Scott first started writing at seven and hasn’t looked back. An unabashed optimist, anime lover and true believer in the power of chocolate, P.S. now writes books that transport her to faraway lands of imagination and magic and shares them with other dreamers.

Be the first one to write a review for the book Silk and Sword.

The Man With A Time Portal In His ...
Jai Kobayaashi Gomer

LIFE IN A LENS
ANURAG SARKAR