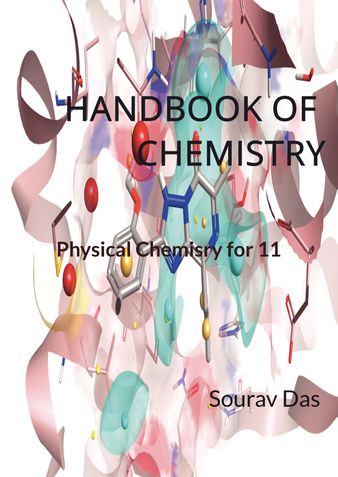 Those of us who were familiar with the state of inorganic chemistry in universities will recall that at that time it was widely regarded as a dull and uninteresting part of the undergraduate course. Usually, it was taught almost entirely in the early years of the course and then chiefly as a collection of largely unconnected facts. On the whole, students concluded that, apart from some relationships dependent upon the Periodic table, there was no system in inorganic chemistry comparable with that to be found in organic chemistry, and none of the rigor and logic which characterised physical chemistry. It was widely believed that the opportunities for research in inorganic chemistry were few and that in any case, the problems were dull and uninspiring; as a result, relatively few people specialized in the subject... So long as inorganic chemistry is regarded as, in years gone by, as consisting simply of the preparations and analysis of elements and compounds, its lack of appeal is only to be expected. The stage is now past and for the purpose of our discussion, we shall define inorganic chemistry today as the integrated study of the formation, composition, structure, and reactions of the chemical elements and compounds, excepting most of those of carbon.
The handbook of chemistry has been made for the candidates who are studying in Class XI-XII to act as the revision cum rapid study source for several concepts of chemistry. This handbook is a versatile rapid review source with an exclusive format which explains concepts clearly. The book has introduced several crisp ways to solve a problem. The students can find all important topics, such as concepts, definitions, principles, and procedures with plenty of illustration. Moreover, elaborate examples and diagrams are an additional advantage of this book. Thus the handbook of chemistry is popular among the students as a compact complete guideline. The book is easy to understand for its lucid explanation and easy language. For this reason, this book is useful for the student preparing for competitive examinations like CET-BBA, JEE Main & Advanced, CS, etc.
Chemistry works with an enormous number of substances, but cares only for some few of their properties; it is an extensive science. Physics, on the other hand, works with rather few substances, such as mercury, water, alcohol, glass, air, but analyses the experimental results very thoroughly; it is an intensive science. Physical chemistry is the child of these two sciences; it has inherited the extensive character from chemistry. Upon this depends its all-embracing feature, which has attracted so great admiration. But on the other hand, it has a profound quantitative character from the science of physics.

It is a misfortune for a science to be born too late when the means of observation have become too perfect. That is what is happening at this moment with respect to physical chemistry; the founders are hampered in their general grasp by third and fourth decimal places.

The theoretical side of physical chemistry is and will probably remain the dominant one; it is by this peculiarity that it has exerted such a great influence upon the neighboring sciences, pure and applied, and on this ground physical chemistry may be regarded as an excellent school of exact reasoning for all students of the natural sciences. This book consists of 7 chapters: Basic concept of chemistry, the structure of Atom, Periodic Table, Bonding, Gas and Liquid, Thermodynamics and Equilibrium. The book is an indispensable resource for all students appearing for the JEE, AIEEE, AIIMS or other medical or engineering entrance examinations along with the board exams.

Sourav Das has been working in some educational institutes as an Asst. teacher for over six years. He nurtured so many pupils through his knowledge and experience. Her educational background in Physical Chemistry has given him a broad base from which to approach many topics. (Education and experience.) Her writing skills may be confirmed independently on books like ICSE CHEMISTRY WORKBOOK, HANDBOOK OF CHEMISTRY for class 12, etc,

Be the first one to write a review for the book HANDBOOK OF PHYSICAL CHEMISTRY.

Other Books in Education & Language