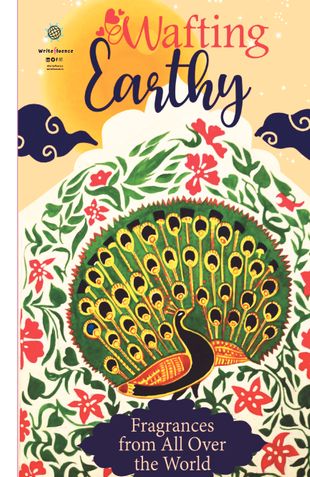 Fragrances from All Over the World

Wafting Earthy is a compilation of the winning short stories of the international premier league short-story contest PenFuenza, organized by WriteFluence. The book consists of 31 literary pieces written by prolific writers in different genres and based on the theme of 'Fragrances' and were selected from a whopping 142 submissions that had been received from all over the world for the contest. PenFluenza, described as one of the most comprehensive creative writing contests by several online entities was indeed structured that way to make sure the best of writers could be brought together under one book cover. The contest had a theme, a specific word limit and a very proficient jury.

Here’s what our jury had to say about the stories they read:

Susmita Bagchi: "Each of the stories are one better than the other. The theme, the language and the choice of words is excellent. It was really difficult to judge them. The more I read them over and over again, judgement became all the more difficult. Expressions have improved over the years and the depth of their writing shows how deeply the writers think and how much the theme means to them."

Anupama Dalmia: "It was a pleasure reading such wonderful stories. I enjoyed them all and it is amazing how the prompt resulted in a variety of story ideas. My best wishes to the participants and Team WriteFluence."

Authors in this book:

Be the first one to write a review for the book Wafting Earthy.