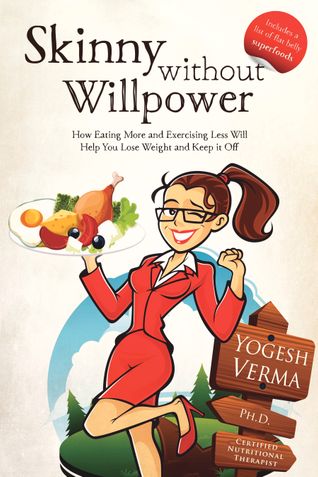 Our diets in the last half-century have been shaped by pseudoscience and rampant misinformation driven by food politics and corporate bottom lines. The resulting nutritional disaster has not only made us fatter and sicker but also literally made us prisoners of our own bodies. We try to break free every now and then, but end up in the same (body) prison, which only gets bigger every time we come back.

The real cause of weight gain is our bodies’ altered hormonal state brought on by the modern Western diet. This altered hormonal state is causing our bodies to be in constant fat storage mode. Everything we eat, the body wants to store as fat. The result: excessive hunger and lethargy! This has slowly pushed our bodyweight set-point toward increasing adiposity.

In this state, when we try to lose weight by eating less and exercising more, powerful evolutionary forces of HUNGER and METABOLISM come into play to maintain our bodyweight set-point. The “eat less and exercise more” prescription merely addresses the symptom of weight gain without fixing the real underlying cause. This is why we can't achieve long-term weight loss and we keep coming back to our natural bodyweight set-point. Nature cannot be defeated!

After reading this book, you will realize that in order to achieve lasting weight loss, you need to address the real hormonal cause of weight gain, so you can naturally move your body weight set-point toward leanness. When you do this, the same evolutionary forces that now prevent you from losing weight will help you lose weight effortlessly.

This book shows you how you can achieve lasting weight loss and prevent premature aging by working with nature, not against it!

This is the book for you if you are:
· Overweight and have struggled unsuccessfully to lose weight.

· Depressed, exhausted, and sick most of the time.

Yogesh Verma had a great interest in being healthy beginning in his teens. Growing up in the 70s and 80s during the peak of the low-fat diet era, he was strongly influenced by its supposed merits. He was mostly a vegetarian during that time, with occasional meat meals here and there.

He considered himself pretty healthy and thought he was disease-proof until he turned 26, when reality hit him: his medical reports showed high cholesterol, high triglycerides, and a high fasting sugar level. The doctor prescribed statins and the low-fat diet he was already on!

That's when he decided it was time to change things. But change to what? He was already doing everything by the book and yet there he was at the crossroads facing heart disease, diabetes, and everything else that came with them. He had no clue what he was supposed to do. He was baffled!

He continued with an even stricter version of the "healthy low-fat diet" in order to reverse his condition. He started exercising avidly, but the weight kept piling on. Four years later, and over forty pounds heavier, his health got worse.

After the birth of his first child, he decided that whatever he was doing wasn't working. It was time for a paradigm shift!

He decided to do his own research. He devoured scientific literature hoping to find the answer. In doing so, he not only discovered that he had been doing it all wrong all these years but also that the very foundation of the prescribed "low-fat healthy diet" was built on shaky grounds. He found that the science behind the low-fat diet was sparse to non-existent, and that this so-called "healthy diet" was causing more widespread harm than good.

He made drastic changes to his diet and his health improved. Soon afterward, he started blogging at inutrifit.com about healthy eating and exercising. Later on, at the urging of close friends, he started writing this book. He published several articles on nutrition for disease prevention in local magazines and periodicals such as Siliconeer, Khabar, and India West. He was also a featured health expert on local Bay Area radio talk shows on KLOK 1170 AM. He now hosts free seminars at public libraries and local meetup groups about healthy nutrition for weight loss and chronic disease prevention.

In 2015, he found Axiom Nutrifit, Inc., a wellness company providing weight loss and wellness solutions to individual and corporate clients. He works with clients all over the world and helps them achieve a higher state of wellness through nutrition and lifestyle counseling.

In his day job, Yogesh is a physicist working on cutting edge fuel cell technology and other renewable energy sources. In previous positions, he has contributed to the development and fabrication of world class ultra-precision fusion optics used in the National Ignition Facility at the Lawrence Livermore National Laboratory and X-Ray Synchrotron grating mirrors for the National Synchrotron Light Source at the Brookhaven National Laboratory. He has worked on many other high technology areas relating to semiconductors, photovoltaics, and high energy physics. He has published several technical papers in conferences and symposiums related to his work as a physicist.

Yogesh lives in the Bay Area with his wife and two children. When he is not writing or researching, he loves cooking, hiking, watching movies, and spending time with his friends and family. He is also an audiophile and loves building his own electron tube audio gear.

Be the first one to write a review for the book Skinny Without Willpower.

Everything related to health and wellness
Akash arora