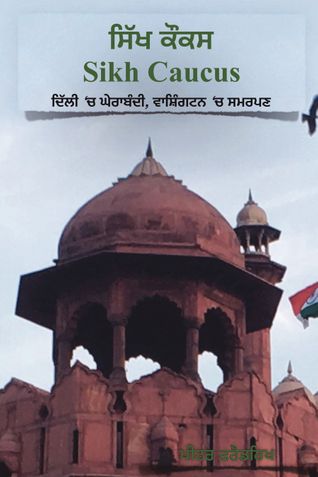 It is an old trick in the intelligence setup of major states to create their own stringent but controlled opposition. This has a twofold objective. First, it attracts and centralizes opposition resources and honest grassroots members, inciting them to put on a great show of force. Second, it ensures that this “resistance” remains only a pretense and prevents them from achieving anything of real value because the duplicitous leadership don’t want any true change to come of it.

It has always been a challenge to maintain the purity of any movement or organization. Infiltrating to sabotage from within and give a bad name, thus justifying the unleashing of oppression, has often been the basic framework in which the intelligence agencies have worked in India in the context of suppressing minorities. But this is very difficult to document.

The author of this short but incisive book has done a wonderful job of exposing a fraudulent scheme which seems to have no other purpose than to stifle our Sikh community’s political voice in the United States of America. In this particular case of the Sikh Caucus, the deception has been named and nailed. This kind of documentation is perhaps the most effective way of leading the community to the straight path.

Treading that path is necessary to avoid being bogged down in the quicksand of extreme slogans made without any preparation or consideration of the consequences — something which accomplishes nothing more than to attract a disproportionate reaction that decimates the true struggle. Perhaps in the future, the community will take greater care to avoid emotionally pledging unquestioning loyalty to the people who display the most influence and power, only to finally find themselves betrayed. Rather, those who alone deserve our cautious and conditional support are the brave souls who speak the truth consistently and live a straight, simple, and honest life.

Pieter Friedrich is a freelance journalist specializing in analysis of current and historical affairs in South Asia, with a particular focus on the issue of Hindu nationalism. He engages with issues such as human rights, supremacist political ideologies, ethnonationalism, politicization of religion, authoritarian government structures and policies, state-sponsored atrocities, and the need to unify around doctrines of liberty. Above all, he’s interested in replacing politics of hate with politics of reconciliation.

His articles have been published in American Kahani, AntiWar.com, Caravan, India West, The Indian Panorama, The Quint, The Wire, and elsewhere. His work has been featured in Deutsche Welle, Himal Southasian, The Hindu, The Hindustan Times, India Abroad, The Intercept, News18, NewsClick, ThePrint, Scroll, The Siasat Daily, The Telegraph, The Texas Observer, and elsewhere. His writings have been translated into French, Hindi, Kannada, Punjabi, Spanish, Tamil, Telugu, and more.

He has spoken alongside and/or been sourced by parliamentarians from Australia, Germany, and the UK. He has also lectured at various universities, including Carleton University, Columbia University, James Madison University, Stanford University, St. Stephens College, UC Berkeley, UC Davis, UC Los Angeles, and University of Central Florida. A staunch advocate for religious liberty and interfaith cooperation, he has spoken at mosques, gurdwaras, churches, and viharas throughout North America.

Born and raised in California, he has traveled extensively and lived at length in Europe and Asia. He enjoys reading, hiking, museums, and spending time with family.

Be the first one to write a review for the book Sikh Caucus: Siege in Delhi, Surrender in Washington (Punjabi Edition).